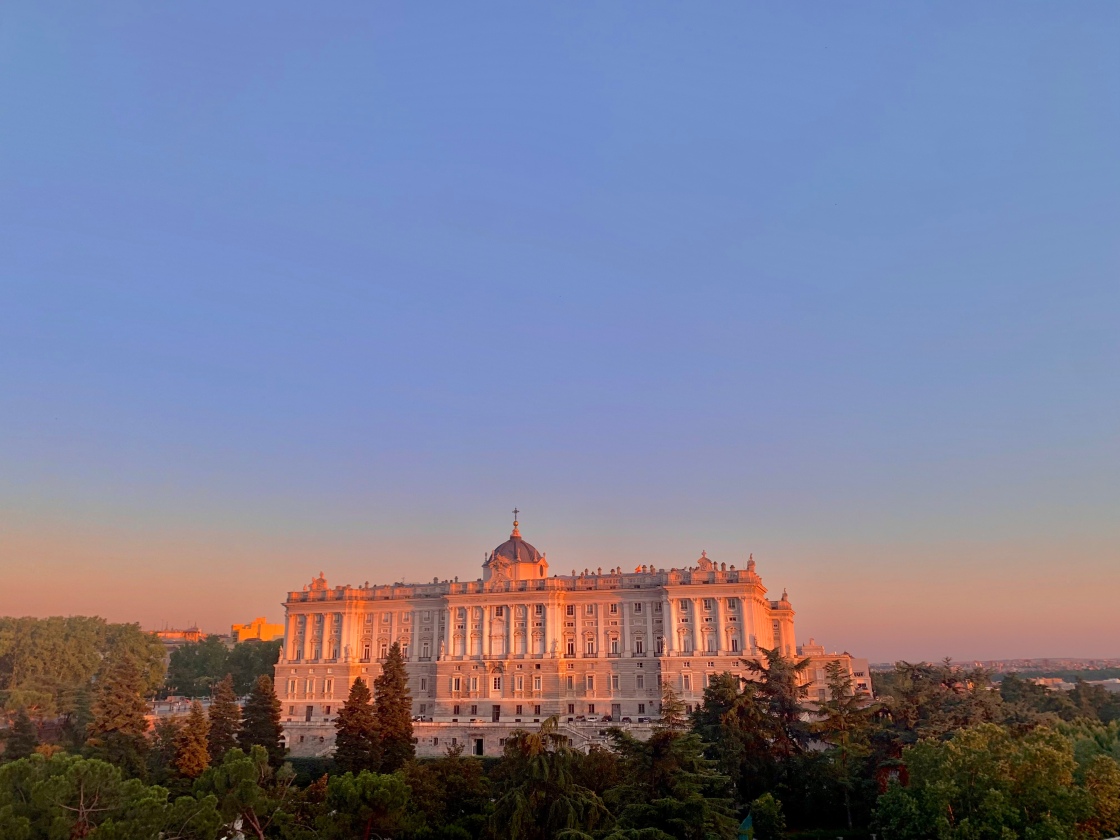 I’m back !!! I hope to be posting more now that I’m feeling inspired again. This past couple of years were tough to say the least, but thank you for reading me.

Recently I went on holiday to one of my favourite cities in the world: Madrid. I spent a week there and visited lots of old places and discovered new spots as well. It felt like a short week since time flies when you’re on holiday, but I managed to get loads done.

During my stay, my (teenagehood) friend from home Adriana, who’s been working and studying there for a year now, took me to discover new restaurants, bars, and streets in the beautiful city. My first day, I walked around pretty much EVERYWHERE. I went to the Palacio Real, then made my way to Gran Via to visit the shops and ended in Fuencarral street before deciding I was too hot to keep going. That afternoon, Adriana and I went for a drink in a lovely terrace and then had dinner at a Chinese dumpling restaurant called Los tres cerditos, which was delicious and I highly recommend visiting if you enjoy dumplings. After dinner, we went on a stroll around the area and made it to El Matadero and Madrid Rio park.

During the next few days, I went to El Retiro park, Paseo del Prado, Mercado de San Miguel, and had more drinks and dinners! One of my favourite dinners has to be the Cuban food we had at Cuando sali de Cuba, which took me very close to home, and made me extremely happy as I had been missing my food for a very long time.

Since its summer and the sunset happens at around 10 pm, I obviously wanted to enjoy as many Spanish sunsets as I could. So I made Adriana come with me to a couple of terraces, one of them called Ginkgo and the other Jardines de Sabatini. Both of them are on top of hotels, one in Plaza de España and the other by the gardens of the palace. They were both very lovely and I will definitely be returning.

When I told my parents that I was going to Madrid, my mother asked me to get her the famous Spanish espadrilles, so I went to one of the most well-known shops close to the Plaza Mayor to get them, Casa Hernanz. My other afternoons were spent strolling around a street that I loved but didn’t know until this visit called Jorge Juan, which is in the amazing Salamanca district, and down Recoletos. I also went around the La Zarzuela theatre, because as a dancer I can’t help but wander around theatres.

By then it was almost time for my trip to conclude, so Adriana and I had one last drink in one of the many terraces that you can find in the plazas of Madrid. They are all so lovely and I love the custom of the Spanish to always finish your night in one of these, no matter your age.

I had an amazing week in the city and I have to thank Adriana especially for showing me new spots and for going on endless walks with me.

I hope you too get the chance to visit this beautiful city and enjoy it as much as I did.